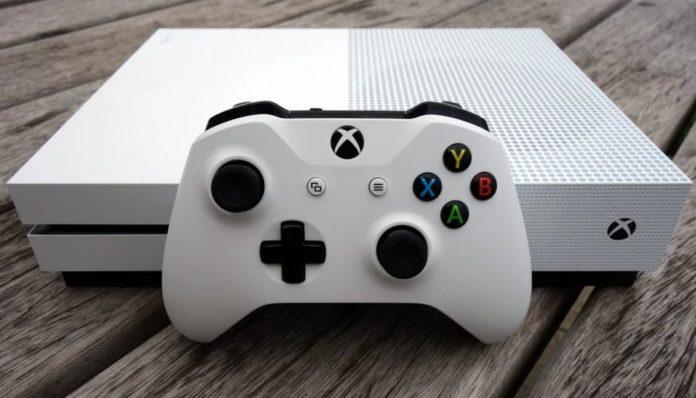 This post will answer this question by providing information from the TSA and major airlines about baggage handlers’ policies regarding electronics. Let’s get started.

Can you take an Xbox on a plane?

The quick response is yes. The TSA states that you can bring an Xbox and video game consoles in general in both carry-on and checked luggage. However, it would be best to pack your electronics carefully by wrapping all cords.

TSA recommends that you pack all your electronics in a carry-on rather than checked baggage. Always check with the airline you are flying with to see if they have enough space underneath the seat or overhead compartments to store your device.

Bringing An Xbox or Playstation in Carry-On Bags

You can bring your Xbox or other game console in carry-on luggage, but there are a few things to remember:

Tips for bringing your console as a carry-on

The following tips are effective in helping you deal with your video game console while traveling.

If you’re traveling outside the United States with your game console, it’s important to check the regulations of the country you’re visiting.

Some countries have restrictions on what types of electronics can be brought into the country, weight limits, and much more. So it’s best to check before you go.

Bringing An Xbox or Playstation In Checked Luggage

If you’re planning on bringing your game console with you on your next flight, there are a few things you need to know.

Finally, please keep in mind that while TSA rules allow you to bring a game console in your checked luggage, airlines may have restrictions.

Confirm with your airline before you travel to avoid any potential problems.

Carry-on bag or checked baggage: which option is better?

Carry-on luggage is preferable if you want to save money because most airlines give you one free carry-on bag and one free personal item. If you travel with a purse or laptop bag, that’s all you need to bring on the plane. You can also save time by not waiting at the baggage carousel for your luggage.

Do you Have to Take your Xbox out at Airport Security?

According to the Transportation Security Administration, the Xbox One and other consoles are allowed in checked bags on flights within the United States. However, you may have to take your console out of its carrying case for inspection.

How do you pack an Xbox for a flight?

You’ll need to take extra care when packing your Xbox for a flight.

The following are some things to keep in mind:

Make sure you declare your Xbox at customs. You want to avoid getting caught with undeclared electronics!

Check the voltage of your Xbox charger and make sure it is compatible with the voltage in the country you’re visiting. Electric outlets vary from country to country.

Be sure to pack your Xbox in a padded bag or box. You don’t want it to get jostled around during the flight and end up damaged.

With extra care, you can ensure that your Xbox arrives safe and sound at your destination.

Below are the policies for taking an Xbox or other gaming console on four major airlines.

Although you can transport pricey, fragile electrical items in checked or carry-on bags, you’re advised to do so.

In general, they recommend packing electronics in your carry-on bag. However, you may need to check if you’re traveling with a larger item—like a full-size printer.

Although you can transport pricey, fragile equipment in checked or carry-on bags, it is advised that you do so. For example, you can only bring a gaming console as a carry-on if it meets the size requirements for carry-on bags.

Make sure all of the cords are wrapped before you pack your electronics. Southwest Airlines advises bringing your carry-on when traveling with pricey, fragile devices, while you can either check luggage or bring them.

Jetblue’s website says that “small electronic devices” can be kept in carry-on or checked bags. They do not explicitly mention gaming consoles but would fall under this category.

Using your console on a plane

The TSA will treat your game console as a laptop if you take it on a plane as a baggage. Unfortunately, this means that you will frequently (but only sometimes) be required to take your PlayStation or Xbox out of your carry-on bag and set it in a container so that an x-ray machine may individually examine it.

Still Not Sure? Ask The TSA

Can you take a Nintendo Switch in a carry-on?

Yes, you can take a Nintendo Switch in a carry-on. The Switch must be put in a clear plastic bag before passing through security because the TSA classifies it as a “portable gaming device” and requires it to be.

Can you play Nintendo Switch on a plane?

You can play games on a flight, yes. In addition, you can play physical and digital games by inserting them into the Switch.

What game consoles are allowed on planes?

The following game consoles are allowed on planes: Nintendo Switch, Playstation 4, and Xbox One. Please note that all consoles must be in airplane mode while on the plane.

Are Xbox Game Discs Allowed on a Plane?

You can bring Xbox game discs on a plane. However, they must be placed in a clear plastic bag before security.

Can I plug in my console on the plane?

Your controllers are acceptable as carry-on items. Thus you may bring them. But, on the plane, can I plug in my console? Unfortunately, the power requirements of a gaming console for active play are greater than what is typically permitted by the power outlets.

Therefore, even though you might be able to plug in your console, doing so is frequently not a smart idea.

Can you take an Xbox on a plane, Ryanair?

There is no problem taking an Xbox on a Ryanair flight. However, the Xbox must be put in a clear plastic bag before passing through security since the TSA classifies it as a “portable gaming device” and requires this.

Can I take my Xbox abroad?

As long as the profile is in the list of countries that Xbox LIVE supports, you can always download your account to any console you are using (Germany and United States are both on the enabled list, so you should have absolutely no problem doing that).

Can you take an Xbox on a plane UK?

Video game consoles like the Xbox One, PlayStation 4, and others can fit in carry-on BAG.

Is it safe to bring an Xbox on a plane?

You can take an Xbox on a plane if it is in your checked baggage. The main concern when traveling with an Xbox is keeping it safe from damage, so pack it securely.

Can you take an Xbox on a plane with American airlines?

American Airlines allows you to bring your Xbox console on board as part of your baggage allowance. However, you must ensure that your Xbox is properly packed to avoid any damage during the flight.

Can you take an Xbox on a plane, EasyJet?

Anything larger than 16 cm × 9.3 cm by 1.5 cm in terms of dimensions. iPads, Kindles, DVD players, and game consoles like the Nintendo 3DS are examples of this. These items must be checked into the hold as they are not permitted in hand luggage.

You can take an Xbox on a plane if it is in your checked baggage. When traveling with an Xbox, the main concern is keeping it safe from damage, so pack it securely. Also, remember to bring any chargers and controllers you might need for the flight. Have you ever taken your Xbox on a plane? What was your experience? Share your thoughts in the comments below.